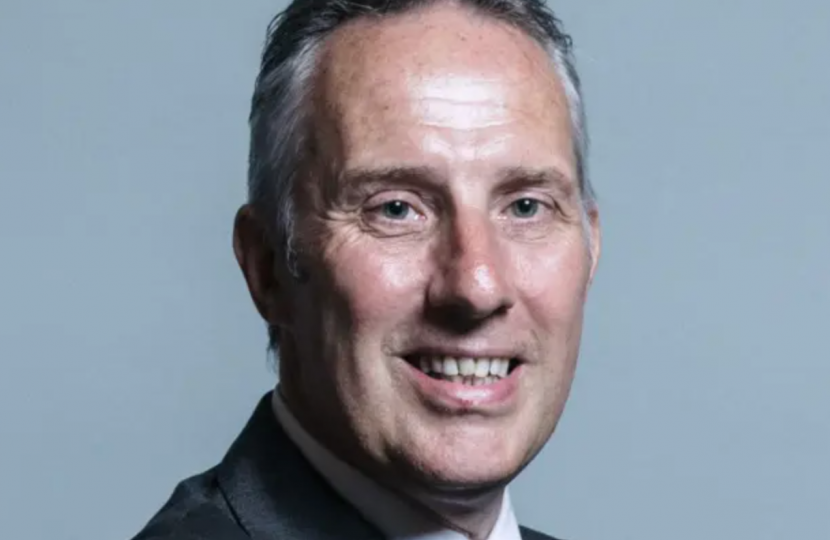 We are excited to invite you to our first social event of 2022 and this will be an informal supper where we will be joined by two speakers, our own MP Adam Afriyie and guest speaker Ian Paisley MP. This event will be held in the The Royal Adelaide, Windsor which has recently undergone an extensive refurbishment. We will be in The Palm Court Lounge which has been reformed to a comfortable seating area with sofas and coffee tables which is perfect for every type of function in relaxed atmosphere. They have an Executive Head Chef Dan Woodhouse who has created a mouth-watering menu for our finger buffet.

This will be a great opportunity to come and meet up with our own MP in an informal setting and hear him and Ian Paisley give us an update on the current political scene.

Ian Paisley was first elected to parliament in 2010 for the constituency of North Antrim. He had, for the previous 13 years, been a member of the N. Ireland Assembly. In parliament Ian is a member of the N. Ireland Select Affairs Committee, a member of the Speakers Panel and has served on the Speaker's Security Advisory Panel and the joint committee on reform and refurbishment of the house. He has most recently sponsored a Digital Access Bill for the next of kin and is joint sponsor of the Down syndrome rights Bill.

Ian is a member of the DUP, the largest party in N. Ireland which was founded by his father in 1972. He is a staunch Unionist, a committed Christian and a supporter of rights for the unborn and was a leading campaigner on Brexit.

His personal interests include motorsport, and he is the independent chairman of the NI Motorsport Taskforce which is a government appointment. He is married to Fiona for 32 years and has four grown up children.